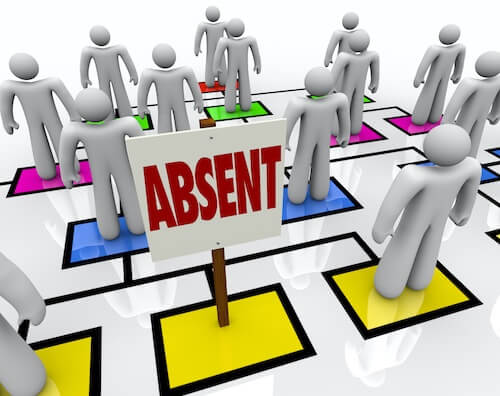 With labor costs making up as much as 40 percent to 60 percent of an electrical contractor’s overall costs, a stable and productive workforce is essential.

Below, we look at the economic impact of absenteeism on labor productivity.

1. Loss in Revenue as a Result of Not Meeting Project Deadlines

Having fewer workers on site could cause delays in construction projects. Every day a project is delayed, additional costs are incurred to support the project. The burden of the costs lies on either the owner of the project or the contractor or both and translates to losses in revenue. Due to shrinking profit margins, electrical contractors need to do whatever they can to improve their profit margins. This means decreasing the rate of absenteeism.

Unplanned absenteeism not only contributes to decreased revenue through project delays but also equates to inadequate planning— a common pitfall for electrical construction projects.

2. An Underutilization in Capital Investments (e.g., Tools and Equipment)

While overmanning (increasing the number of labor crews that are above the optimum) can lead to a shortage of resources, having fewer workers could lead to an underutilization of investments. Seeing that companies invest a lot of money in purchasing equipment, the amount should be recovered during the useful period of the equipment. However, underutilizing resources could mean a negative return on investment for the company.

Productivity arising from the utilization of equipment can only be ensured if equipment operation is managed effectively— a factor that cannot be met when there is a shortage of workers on site.

3. Lost Efficiency in Work Crews with New or Inexperienced Members

To meet project deadlines, electrical contractors are forced to replace absent skilled workers with new workers. This may cause performance and safety issues and a higher cost per unit as a result of paying for the shift differential. Introducing additional workers also means disrupting the rhythm of ongoing projects by the original team. This disrupts the workflow and task accomplishment by the work crew.

It is less expensive to keep employees once they are in the door than it is to hire new ones. Recruiting, hiring, and training are expensive. And so, the best return on investment a construction company can make is to attract and retain its workforce.

However, with fewer workers on site and approaching project deadlines, firms have no choice but to take in new workers. Electrical construction firms may end up spending more than planned on hiring and training new workers raising labor costs and undercutting project profitability.

5.  Increased Demand for Administrative Time and Resources for Planning and Rescheduling

Hiring new employees to replace absent workers not only costs money but time. Employers have to devote substantial time and resources to hiring skilled workers.

This includes time associated with talent searches, which require time spent writing job postings, interviewing, screening, hiring, onboarding, training, and redressing mistakes that new workers make during their training stage. The time spent training a new worker is a fraction of the time lost during the overall hiring process.

Absenteeism and low morale among workers are correlated such that a high rate of absenteeism could cause low morale which in turn could result in a higher rate of  absenteeism. Within the electrical construction space, absenteeism has been observed to result in a loss of goodwill among employees. Employees who exhibit poor attendance tend to get disengaged from work with time. The opposite is also true such that employees who are not fully engaged tend to exhibit poor attendance. All these affect the productivity of the employees at work.

This has a huge impact on the economy. Disengaged employees are said to cost the American economy as much as $350 billion per year in lost productivity.

When bids are sealed and the contractors land the job, a specific period is set to have the project completed. To be competitive, firms are forced stick to the projected time and complete the project as specified. Therefore when employees fail to show up, others are forced to take up extra shifts to meet tight project schedules. When this occurs, employees suffer from fatigue which consequently decreases their productivity at work.

Studies have shown that on average, a 10% increase in overtime results in a 2.4% decrease in productivity. The reason being that as more output is achieved, the number of hours worked increases.

In a variety of ways, absenteeism impacts electrical contractors and the electrical construction industry. It is therefore essential to address the issue in order to improve project profitability .