Navigating the Ins and Outs of Plenum Cable 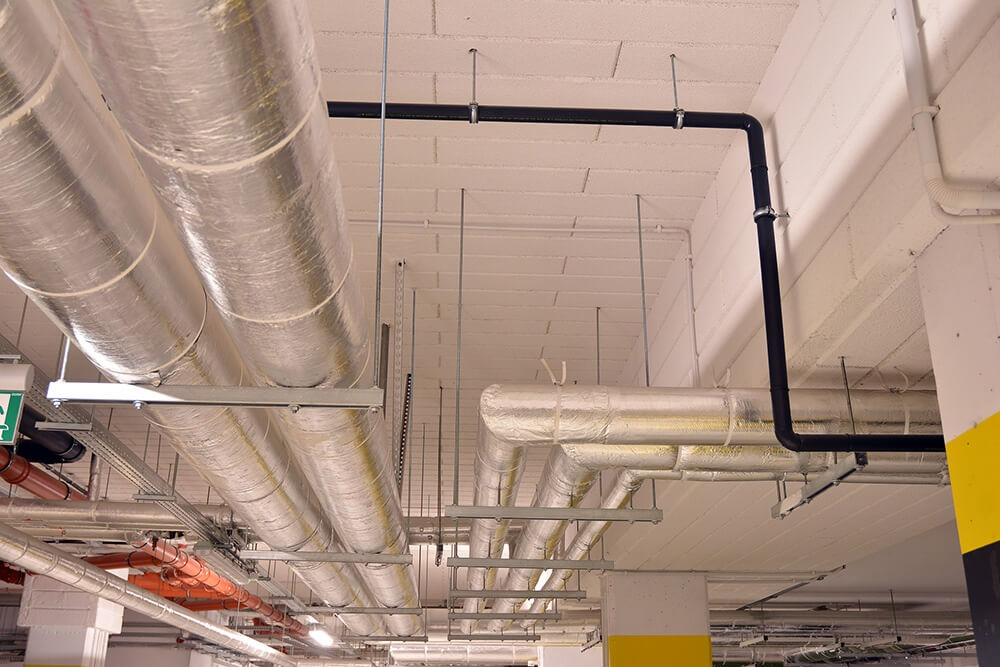 When choosing cable, contractors must know the difference between plenum and non-plenum spaces. Making the wrong choice can mean a needless expense, or worse, run afoul of building codes and create a safety issue.

Drop ceilings and raised floors are spaces commonly used to run data and electrical cables. In many cases, but not all, these spaces are designated as plenum, mandating the use of specially-designed cable for safety purposes.

What is a Plenum?

A plenum space is a raceway, duct, or air space that forms part of the air-handling component of a heating, ventilation, and air conditioning (HVAC) system. While drop ceilings and raised floors are often considered plenum, some drop ceilings are built tight enough to restrict airflow and may not be deemed plenum spaces.

Due to the high rate of airflow, plenum spaces can represent a significant fire hazard. If standard (non-plenum) cable is used in plenum spaces, the cable insulation can spread a fire quickly and release toxic smoke and fumes throughout the building.

The physical differences between plenum and non-plenum cable are straightforward. It’s all in the jacket — the outer sheath that protects the cable’s core.

In the U.S., the construction and composition of plenum cable are regulated under the National Fire Protection Association standard NFPA 90A, an evaluation that includes extensive fire safety testing.

Picking the Right Cable for Your Job

Plenum cable is more expensive (up to 2x) than its non-plenum counterpart, so using plenum cable when it’s not needed can eat into margins and impact profitability. Unfortunately, it’s not always easy for contractors to determine whether plenum cable is required.

Typically project engineers will review local building codes to help determine which cable to specify. If the codebook is unclear, consulting with local inspectors will validate whether plenum-rated cable should be used in a particular environment.

Can Plenum Cable Be Bundled?

Pre-cut, bundled cables can slash set-up, tagging, and pulling times while reducing material waste. In many cases, using bundled cabling can save contractors up to 40% in labor costs. Bundled cables also require less space to pull through and make for cleaner, more manageable terminations.

Plenum-rated cable can be bundled using special, fire-rated Kevlar binding. This binding holds the conductors tightly together (with enough room to breathe) while limiting sagging or catching wires when pulled.

It’s important to note that it’s not always possible to print on plenum cable, depending on the type of jacket used. Printing is used to speed conductor identification and termination by printing a unique identifier on each wire. However, the inkjet printing typically employed for bundled cable may not ‘stick’ to plenum cable jackets, especially those containing Teflon.

Our One-Pull team of experts can help you determine if bundled cable is the right fit for your plenum and non-plenum requirements. One-Pull will completely customize your cable bundles (including printing) and provide short and custom runs with no minimum length requirements.

Since 1979, One-Pull has been producing bundled cable solutions for electrical contractors and industrial applications. With same-day quoting and the best lead times in the industry (typically five days or less), we’re committed to saving our customers time — and money.

To learn more about how One-Pull products can save you time and money, contact us and a representative will get back to you shortly.